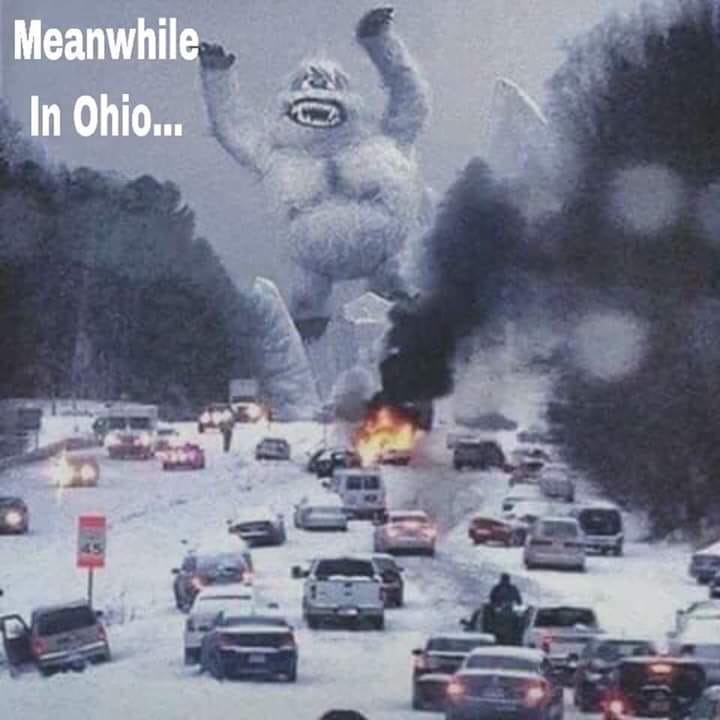 Ohio’s having a big ass snow storm and ice storm and cold storm and a keep your ass inside kind of storm.

It’s like 5 degrees outside right now. First it rained for a while and then that froze and became ice.

Then it snowed a few inches on top of the ice. Now the winds blowing and causing a ruckus and creating snow drifts everywhere.

I’m thinking it’s time to plan some shenanigans for the afternoon and evening or I might go absolutely insane. I’m going to need to some social interaction in my life this afternoon for sure for my sanity! Ha ha!

I know what I need and I’ll make sure that I get it. I don’t k own what you do during a storm but my life’s a little out of the Ordinary right now.

So is the snow storm!

I don’t know what the rest of the day holds but shenanigans are in order.

Or maybe I’ll eat and sleep some more?!?!

At least the suns shining!

Stay warm friends but do it with your friends!